Signs are great collectible pieces that can be prized for

both their visual qualities and their subject material. There are many types of sign materials used throughout the ages. I will try to touch on some of the most commonly collected vintage types including:

Wood signs are somewhat self explanatory, however there is great diversity within this group as wood signs have been around the longest and can be among the oldest in circulation. Construction can range from intricate carved pieces to basic hand painted signs. Depending on the subject matter, level of detail, age, and condition. These can have a wide range of value. If you believe you have an extremely old wooden sign it may be useful to have a professional appraisal, and authentication. Other more modern signs that are not hand painted can still hold value as well and are generally assessed by their subject material and display qualities.

Porcelain enamel signs were first produced in Europe in the late 1800s. They began to rise to popularity in the U.S. in the 1890s. Porcelain signs are constructed using powdered glass, colored with a variety of minerals and then fused onto rolled or stamped iron. Colors were stenciled or screened on and fired in a kiln layer by layer. This layering is usually able to be observed with the naked eye or by running your hand over the transition between colors.

Porcelain signs were notably durable and were made to withstand the elements which made them extremely popular and there were many made which would normally bring value down. However during World War II, scrap drives caused many to be melted down for raw materials which adds to their scarcity.

Eventually labor cost rose to a point where porcelain signs were no longer feasible to produce and their availability dried up in the 1950s.

Tin signs reached their peak of popularity in the 1920s and were usually painted, screen printed, or stamped. One major difference that can be easily seen with the naked eye is the paint used was not applied in layers and baked, giving it no texture. Many tin signs were also hand painted, having imperfections such as brush strokes and over painting on embossed areas. Tin signs, which were cheaper to produce were also affected by the World War II scrap drives. They were melted down the same as other heavy metal signs, but the need for tin halted production almost permanently even post war. They were prone to rust and were not as sturdy as earlier porcelain signs.

Something not commonly known is that neon signs were introduced in early 1912. The first signs were made for barbershops. Extremely old examples of neon can hold very high values even in rough condition. Neon signs operate on the principle that tubes filled with neon gases will glow when a high voltage is applied. Though highly popular in the 1920s and 1930s for their eye catching abilities, they were expensive fragile. In the 1940s and ’50s custom neon signs became more common and were available to smaller businesses such as bars, restaurants, and casinos. Modern mass-produced neon signs that were made en mass for large corporations can also be somewhat collectible. It should be noted that while these are fragile, repair is very possible at many sign shops and smaller neon vendors even if tubes are broken or new gas is needed.

Entry level collectible signs usually sell for less than $300 and are common, mass produced and made in the 60’s or more recently. They maintain a good following because of the value and their display quality is usually quite good due to their young age.

Mid level collectible signs value between $300-1000 and include signs that are scarce and have a higher demand due to their subject matter. If your sign is at least 30″ and in decent condition it probably will qualify as a mid level sign. Sign values in this price range become more affected by condition.

High end collectible signs are fairly rare pieces that don’t come up for sale very often. This may be because there were not many made, or that the sign is so in demand that the collectors market has already bought them all up. The combination of demand and rarity drives prices up, and it is common for signs of this variety to sell for thousands of dollars, with the rarest and best condition signs commanding prices as high as $50,000 in a few cases.

Factors that Determine the Value of Collectible Signs:

Rarity: One of the most important factors when discussing value of any vintage collectible is its rarity. A sign with less known examples will always command a higher price than one that can be found on-line frequently or is often available at trade shows or flea markets. Things such as artificial scarcity can aid in rarity. For example with older signs many were donated to the war effort due to their high metal content making them less common then they at one time were.

Demand: Vintage and Antique Signs seeing a lot of demand in current markets. They are not only being collected, they are being used in decoration of domestic homes, bars, restaurants, and other businesses.

Design: The design of a sign can sometimes affects its value as well. Signs with attractive designs and vibrant colors can be highly prized for their eye catching charisma. Other factors such as shape also can come in to play.

Brand: Branding of a particular sign can be an important component to assess value as well. Many collections tend to be brand focused. For example many gas and oil signs will sell for higher prices than grocery store signs, as there are more collectors focused on gas stations and petroliana.

Size: Size can sometimes factor in to value. As a general rule 30″-42″ range as this size is fairly easy to display and still has an ample appeal from distance. Larger signs are often harder to sell at high prices as they are difficult to display and transport. Smaller signs also tend to sell for a little less as they do not have a commanding display presence, however, some types of signs such as porcelain door pushes, and door pump plates can command high values. This is just a general guideline as there are many more important factors such as brand that go into assessing a signs value.

Condition: Just as with all other types of collectibles, condition is a very important factor. Condition is graded similarly to stamps, books and trading cards on an exponential scale from 1-10. You will sometimes see signs graded as mint, fine, poor, etc. This however is somewhat subjective and is not the same grading as would come from a professional appraisal.

Age: While age can be interesting it doesn’t affect the value of a piece in an significant way. For example two of the same sign made five years apart from one another will still have the same value to collectors. The date of manufacture can sometimes be helpful in authenticating it, or can make something more interesting to an individual for sentimental reasons however and is still somewhat of importance if it can be obtained. 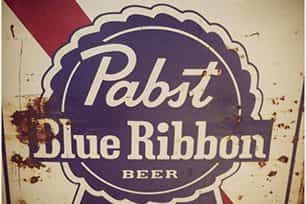 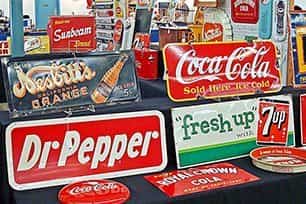 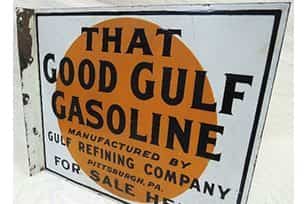 How To Know If You Have A Flange Sign 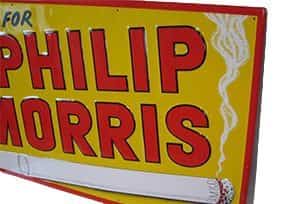 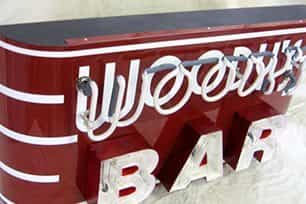 What To Know About Neon Signs