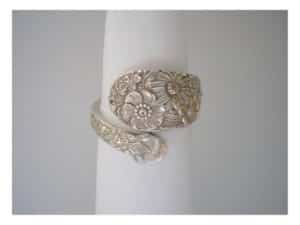 Alvin sterling got its start in the 19th century with manufacturing sterling silver flatware. They started their production in New Jersey, but in 1895 saw the need to move their company to New York. If you find Alvin sterling made in their early days from New Jersey, you’ve definitely found a diamond in the rough. One of the rares patters out there today is the sterling Alvin French Scroll pattern.

During their time making flatware they focused on historical and colonial patterns. Because of this, they were in direct competition with Gorham and it was on purpose. Alvin was trying to outdo Gorham, but what happened is Gorham wound up buying them.

During their time, Alvin made flatware and hollowware. If you find these rarities, pick them up quick because a lot of it has been melted away.